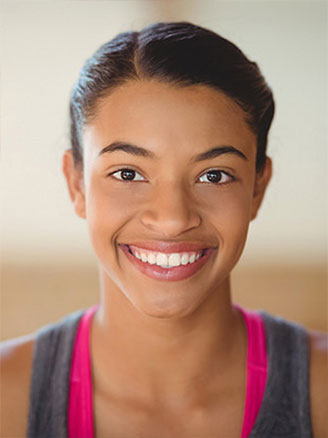 The most challenging malocclusions to treat in orthodontics have traditionally been class III (upper jaw deficiency and/or excessive lower jaw growth) and anterior open-bite malocclusions. Such cases were and still are most often treated with a combination of orthodontics and jaw surgery.

Anterior open-bite malocclusions are corrected by surgically impacting the posterior portion of the upper jaw, and both class III and anterior open-bite corrections involve surgical anterior-posterior repositioning of one or both the upper and lower jaws.

This type of treatment is often lengthy, very expensive, and involves significant recovery time. Jaw surgery is usually postponed until the late teens to ensure the majority of facial growth is complete.

Although this reduces the likelihood of relapse and outgrowing treatment, that can occur, in which case further treatment, often surgical, is required.

The good news for most patients with class III and anterior open-bite malocclusions is that an alternative treatment technique does not require jaw surgery. The MEAW (Multi-loop Edgewise Arch-Wire) technique has been developed over the last 20 years in Korea and Japan, where such malocclusions are very common.

After performing the majority of the alignment and arch development, Dr. Carroll and Dr. Sutton make custom multi-loop archwires using a special heat-activated alloy. Through the use of rubber bands and very specific activations with the archwires, even severe malocclusions can be corrected in one to two years of orthodontic treatment.

Anterior open-bites are closed by intruding the posterior teeth and enabling the front teeth to overlap as the lower jaw closes. Since the anterior teeth are not extruded to close the bite, the significant relapse that would otherwise occur does not.

Class III correction is accomplished by a combination of forward repositioning of the upper jaw, backward movement, and adaptation of the lower jaw that uprights the back teeth and changes the angle with which the upper and lower teeth contact each other.

In both surgical and MEAW treatments, the upper and lower third molars need to be removed. The locations of the surgical cuts require it prior to surgical treatment, whereas with the MEAW technique, the second molars are moved in the direction of the third molars, which necessitates their removal prior to the multi-loop archwire insertion.

Candidates for surgical and MEAW treatment sometimes desire changes in their profile. Greater corrections in profile are possible with jaw surgery than with the MEAW technique.

More significant profile changes can often be achieved following completion of orthodontic treatment with cheek implants and/or chin surgery, both far less invasive surgical procedures than jaw surgery. When significant anterior-posterior changes are performed with jaw surgery, additional surgical procedures are often necessary, due to the unwanted effects of broadening the base of the nose, and double chin.

Unlike with surgical correction, the MEAW technique can begin once all the teeth, except the wisdom teeth, are fully erupted. This means that adolescents do not have to wait until adulthood to correct their malocclusion which can have enormous functional, aesthetic, and social benefits.

Drs. Carroll and Sutton are known in the local dental community for their expertise in treating such difficult cases with the MEAW technique. The cases shown are teenagers treated in our office with a severe skeletal class III malocclusion, complete cross-bite, and a severe anterior open-bite malocclusion. Both were treated with the MEAW technique in less than 24 months.

If you have been told that you or your child require jaw surgery and you are interested in a non-surgical alternative, please feel free to contact our office.